Oh, and when I click on "Reply", it wants me to login again.
Maybe the session management is still linked to the old domain name?

The 'Anglo-Saxon era' that is widely believed to have followed the withdrawal of the Romans from Britain in 410AD may have never existed, according to a University of Cambridge expert.

, Professor Susan Oosthuizen believes the invasion and colonisation, which is thought to have occurred in the 5th century, never happened.

Very suspicious. What's more her name looks very Dutch and Anglo Saxon to me. She must be a revisionist apologist.

Who on earth would believe such an original and strange idea?

Suzy is an old sparring partner of ours. Basically this is all the usual stuff except various genetic studies (and maybe a bit of THOBR) has made it even more difficult to reconcile the fact that several million civilised folk speaking x were converted into several million slightly-less-civilised people speaking y, all in a matter of a coupla hundred years when the archaeology suggests nothing much was happening at all. So the new-normal is to have the y-speakers infiltrating the x-speakers even earlier.

It's a bonus that this accords with our own gentle multicultural times. The 'English' having to butcher millions of Welsh has been uncomfortable for some time so even the Daily Mail likes the idea of us popping over here earlier to set up language labs and/or asking the Welsh if they wouldn't mind relocating to Wales. I expect there were grants and so forth.

Mick Harper wrote:The 'English' having to butcher millions of Welsh has been uncomfortable for some time so even the Daily Mail likes the idea of us popping over here earlier to set up language labs and/or asking the Welsh if they wouldn't mind relocating to Wales. I expect there were grants and so forth.

It sounds almost as though the Welsh getting grants from the EU is nothing new. Except this is the English Uncomfortable version of the EU. Or was the "grant" the Welsh Princes taxing the poor grumbling English to maintain their Welsh pro-Roman lifestyle?

Meanwhile, English Heritage has been having a rummage through the fields south of Silbury.

Silbury has been poorly understood by English Heritage for a long time. Notable among the many things they didn't find is who moved in after the Romans:

Phase 5: Post-Roman and medieval - No Anglo-Saxon or medieval features were found

Was the whole site Army Surplus? Abandoned by the Roman garrison (or transit camp, or service depot, depending on your version of Roman Miliitary Logisitics). Nobody moved in, not Saxons or Welsh, not even native Brits as squatters or festival site goers. Perhaps they'd given-up on maintainance of the drainage into the Kennet and there was too much rising damp. It must have been an undes-res.

Army camps in Wiltshire is nothing new, but the nearest army camp was just down the road at Le Marchant in Devizes. In 1945, it played host to some of the remnants of the very latest attempt at a Roman-style pan-European army. At a strange time when there were more German troops in Britain than British. Everyone was playing away from home. Devizes was specially honoured(?) by hosting the Waffen-SS, as their share of the 250,000 German prisoners.

You may have already read the "Celtic From The West" volumes. Our old friend Barry Cunliffe and his friend John Koch have managed to get three books out of it.

Koch claims Celtic developed as a trade language for the elites of the Atlantic façade of Europe during the Bronze Age, when intense trade and cultural contacts can be proven from Portugal all the way through Scotland.

Groan. Does it really have to be those bloody "elites" again? I didn't think the "elites" dirtied themselves with "trade". Still, nice to see ideas that are new (but not new here)

Go back far enough and we're all immigrants.

compelling arguments in archaeology, linguistics and genetics all make a persuasive theory based on substantial evidence for Tartassian and celtic/ Gaelic languages developing all up from southern Spain and Portugal through Galicia and into the Celtic countries.

The Atlantic west coast may have had an important role in the salt trade judging by the saltworks, some of which are still said to be 'the best'. There doesn't seem to be much overlap with southern European trade networks but Celtic, assumed to be a widespread people or culture, could be salt-related.

I wonder where these dudes suppose 'trade languages' come from. It is certainly true that you can simplify an existing language into a 'pigin' as they did in the West Indies and Papua New Guinea but that is for the benefit of (sorry!) low caste people. It is also true you can elevate an existing language into a genuine trading one, as they did with Swahili and Mandarin. But you gotta have a language to start with. So what's with this 'Celtic'?

I suppose one lot of Celts (the Welsh, Cornish and Bretons) might need to trade with -- and communicate with -- the other lot of Celts (Irish and Scots Gaels) and might have developed something with elements of both but since there is no evidence of it anyway, why bother to conjecture it into existence? Everyone else just trades and uses an interpreter.

All these problems arise because even relatively sensible people like Cunliffe persist in assuming that most of Western Europe was speaking Celtic languages because the 18th/19th century Welsh/Scottish/Irish nationalists purloined the word 'Celtic' for themselves because the Classical authors had bigged them up. (Like the Swedes nicked the Goths for similar reasons.) That turned 'Celtic' into a language group and suddenly everyone, even dear old us, was speaking one or other member of the Celtic language family. Brythonic is the agreed term now. And why not? At least it isn't Gaulish or Belgae.

As I pointed out in THOBR this language family has, according to academic historians, gone from being the biggest in Europe to the smallest. So, yes, I suppose it is kinda special.

I still love the circular logic.

What's a Celt?
Someone that speaks a Celtic language.

What's a Celtic language?
Something that spoken by Celts.

A few years ago we'd found an anomalous hotspot of Haplogroup R1b (Redheads) in Russia.

A correspondent informs me I may have mistaken the location and the ethnic group. 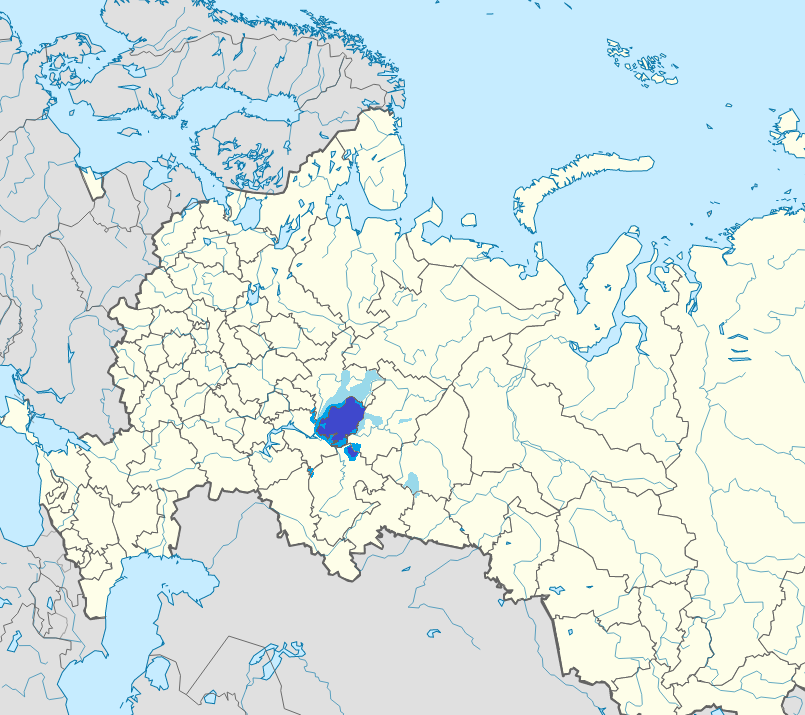 The name Udmurt comes from *odo-mort 'meadow people,' where the first part represents the Permic root *od(o) 'meadow, glade, turf, greenery', and the second part, murt means 'person' (cf. Komi mort, Mari mari), probably an early borrowing from an Iranian language (such as Scythian): *mertä or *martiya 'person, man' (cf. Persian mard), which is thought to have been borrowed from the Indo-Aryan term *maryá- 'man', literally 'mortal, one who is bound to die' (< PIE *mer- 'to die'). Compare Old Indic márya 'young warrior' and Old Indic marut 'chariot warrior', both connected specifically with horses and chariots. This is supported by a document dated 1557, in which the Udmurts are referred to as lugovye lyudi 'meadow people', alongside the traditional Russian name otyaki.

Where’s St. Sheila when you need her to make sense of the linguistic gobbledegook?

Many Udmurt people have red hair, and a festival to celebrate the red-haired people has been held annually in Izhevsk since 2004. 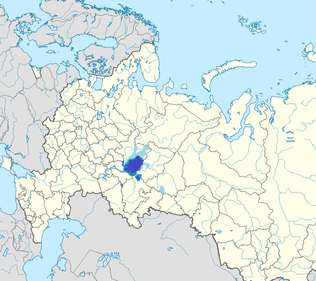 Not to be confused (as I did) with the Bashkirs.

Politically it's pretty confusing. To be independent now you had to be an SSR (Soviet Socialist Republic) then, to be an SSR then you had to have a border with the outside world. Don't ask! I mean, really don't ask. If you had to, the answer would have been 'no'. Anyway this ruled out anyone in the middle of Siberia which have become a bewildering mix of Autonomous Regions and Special Administration Areas (I think, but maybe that's a holdover from Gulag days) and other titles that may or may not have much significance.

Which is a shame because the inmates are so non-Russian they may as well be Aztecs. Whether they could hack it on their own anyway is a moot point. It's hard to tell from so far away -- in all senses -- but they are certainly doing a lot better than most such folk, who seem to slouch into alcoholic despair once they are engulfed by western values (yeah, I include Russkies in that).

One gets the impression that being left alone is the best these guys can hope for though the Russians don't strike one as the sort of people who leave you alone. Or, subsidise you, come to that. But more news if you have it. Keeping red hair intact speaks volumes.