So the higher the pyramid, the great the electric potential. 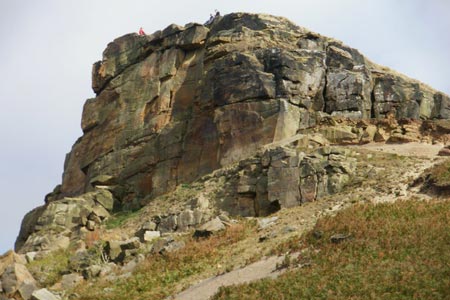