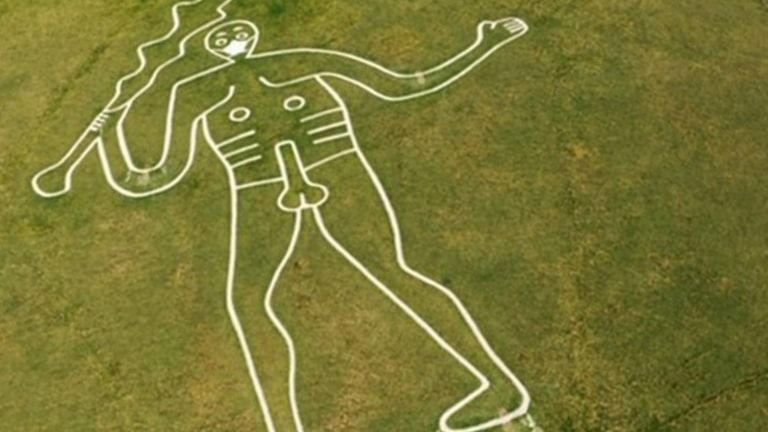 Did anyone else notice the BBC has launched a new Comedy Archaelogy programme? "Digging For Britain". The part that had me laughing most this week was the dig of a Neolithic tomb on Orkney. Not yer usual Scara Brae, but a less-well known one at Tree Ness on Sanday's south coast.

Commentator: They're excavating a chamber that's being eroded by the sea
Expert Archeo: It's a tomb

Commentator: They've not found any human remains or burial goods
Expert Archeo: It's a tomb

Commentator: They've found a hearth inside the entrance with evidence of lots of ash and pottery
Expert Archeo: It's a tomb

Regular readers may recall we've been through this "load of balls" before.

These are up to 5,000 years old, found mostly in the north-east of Scotland, the Orkneys, and a few on the Western Isles (on Iona, Skye, Harris, Uist, Lewis, Arran, etc). Most are about 70mm in diameter, about the size of a tennis ball. As for their purpose, various suggestions have been made e.g. weapons, weights, working of hides, etc. To my mind, these are all nonsense, as the stone spheres are all far too intricately made, with a detail of craftmanship far beyond what would be needed for "ordinary" items like weapons, weights, and leather-working tools. But consider this - within recorded history, it has been part of the tradition of apprenticeships and technical colleges for hundreds of years that all students should produce models that demonstrated their abilities and skills. What better way of letting apprentice stoneworkers prove the quality of their skills?

This is significant enough to get an airing on the AEL. I will if you don't. Happy New Year!

Do Yorkshire crows have a sense of humour? Or are they the mischievous Loki of the bird world?

The 34-second clip opens with the bird hopping onto a wall. A call of “You alright love” can then be heard. The phrase is repeated by a member of the public before it is heard a further two times. The next phrase uttered appears to be “I’m alright”, which is heard twice.

A foul-mouthed raven terrorising guests at a historic castle could get the boot – unless it stops swearing at guests and smashing phones with its beak. The bird named Izzie is in hot water after targeting tourists and trying to take ‘selfies’ by pecking at mobiles. Visitors have also apparently been sworn at by the bird – with the raven learning to say: ‘What you f****** looking at?’ to mortified day-trippers. Birdkeeper Igraine Skelton says the cheeky eight-year-old creature could end up tethered to a wall at medieval Knaresborough Castle in North Yorkshire if it does not improve its behaviour.