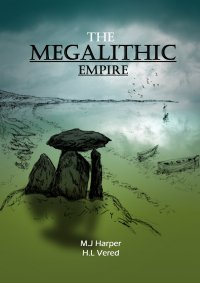 British Megaliths are in a bit of a doldrum. Just because Stonehenge is a Universe Heritage Site and Avebury is the most visited village on the planet and Skara Brae features in television documentaries twice a week doesn’t mean that anybody has a clue what any of them were actually used for.

Basically, academics have been guessing (though pretending they knew) for centuries right up until the 1960’s and 1970’s when, at long last, some experts from outside the ranks of archaeology and pre-history took an interest and ‘proved’ (yes, the quotes are still just about necessary) that the megalith-builders knew rather more about astronomy, geography, surveying and measuring than archeologists and pre-historians thought was decent, even possible, for people living a good long time before the advent of civilisation.

Since then two strands have emerged. The academics have stood quite still from shock and continue to witter on about the sheer purposelessness of the stones, emphasizing their ritual purposes, they were built ‘for the ancestors’, ‘they probably conducted processional marches round and round them for three thousand years’ and that kind of thing. It’s more than their job’s worth to say, “We don’t know.”

So naturally enthusiasts with an abiding interest in megaliths but with no relevant academic background have taken up the slack and run with it. Sometimes to good effect, sometimes a bit out of control. But, it has to be said, not coming to any conclusion that has achieved wider acceptance among people without an abiding interest in the megaliths.

The Megalithic Empire purports to bridge the gulf by providing a rational explanation for the whole of Megalithia as a system. The evidence for the theory is, to put it mildly, more circumstantial than physical but nevertheless stands up to a certain amount of skeptical rough treatment. But, whether true or not, it does have the very necessary attribute of building bridges between the two sides of the Great Divide in terms of a Joint Discussion Document since everyone can agree that it’s probably complete tosh. Agreeing why is a good start!