Spiral is right Borry mon brave. Pull yourself together, calm down, take the tablets, chin out, stomach in and best foot forward.

Here's something to help you on your way.

The Gaelic (Scots) for the highlands is Gaidhealtachd. For the lowlands Galldachd. Which means the land of the foreigners. Which means les Gaulois, were foreigners in Gaelic at least.

We know that 'O' blood groups are 'Celtic'. Sorry about the C word but think of it as aversion therapy.

However 'O' blood is the most common group especially amongst 'Native Americans' and the English and most places elsewhere in Europe. So we are all Celts.

Celts are tall and blond unless they are ginger. Celts are short and stocky and dark unless they are tall, blond and ginger. Female Celts all turn blond from their fifties onwards. Must be the genie in the genes.

Norse people tend to be 'A' blood groups which are also found in the Scottish islands. And so far we haven't mentioned the Rhesus factor. Lots of negativity in Basque country and elsewhere.

And lets not mention North Wales, the ginger ones, who tend towards the B blood group which is, I believe, associated with Asia. Whether major or minor I do not know.

Then there's language. The Celtic languages are found in Ireland, Scotland, the Isle of Man, Cornwall, Wales, and Brittany which was settled by people from Cornwall a long time ago. The 'Gallos' in Brittany speak French. And they are found in the east of Brittany across a fairly well defined border. As far as I know Celtic languages do not exist in Spain or Portugal or France or North Africa.

Welsh is not Irish. They may be distantly related but which came first? Cornish and Breton are related to Welsh. Manx is related to Gaelic, both Irish and Scottish. The Vikings seem to have quickly picked up the Gaelic language for some reason and they certainly went native in Scotland.

We know that English is not a Celtic language. Let's look at the differences.

When it goes through the various pronouns it changes to 'Is' pronounced 'Iss'. The word for me or I is 'mi' pronounced 'me'. You singular is 'thu' pronounced 'oo'.

See how strange this language is. Of course being Gaelic it has a continuous tense system, rather like the er English way of speaking. I am writing etc which we Frenchies cannot do, nor can the Krauts for that matter as far as I know. Gaelic does use another verb to be to do this unlike the lazy Sassenachs who'd rather sit at home claiming benefits.

So, there we have it in a nutshell. The Celts are everyone who is not English and they are all heroes and blond, or ginger, or dark unlike the English who are not.

I hope that has sorted it out for you Borry old chap. If you see the men in white coats coming it will only be the local neighbourhood druid circle looking for mistletoe and a human sacrifice.

According to our favourite newspaper Red Heads Rule in Oz. Prince Harry Wales is there to prove it. So redheads are from Wales and Australia. As for the Vikings it appears that the 'Celtic' gene R1b is more common in western and southern coastal areas.

'Haplogroup N3 was found at an elevated 11% of Norwegians from northern Norway (especially Finnmark where 18.6% of the Norwegians have it) whereas none of the Norwegians in southern Norway had it. Scientists believe N3 came to Norwegians through intermarriage with Saami and Finnish men, as based on data from all populations N3 "has been interpreted as a signature of Uralic Finno-Ugric speaking males migrating to northern Scandinavia about 4000-5000 years ago". Haplogroup R1a, which is common in East European populations, is most frequently encountered among Norwegians in eastern-central areas of Norway, reaching its peak (31% frequency) among those living in the Trøndelag region in central Norway. Haplogroup P*(xR1a) is most frequent among Norwegians in southwestern Norway. Haplogroup R1b is more prevalent in western and southern Norway, near the seacoast. ' People with Rhesus Negative Bloodtype.
This
http://www.rhesusnegative.net/staynegat ... -freckles/
says that
"Looking at the pictures of members on People with Rhesus Negative Bloodtype, it becomes very clear that out of 1,000s of members, more than half display signs of red hair and/or freckles. But how exactly does that correlate with rh negative blood? Just like the rh negative gene, the red hair gene (MC1R) is recessive. 1 in 4 people from the general population carries this red hair gene. That means out of 2 random people coming together, their chance of having a red haired child is 1 in 64." 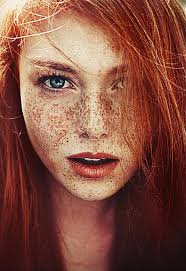 Bonus points will be awarded for good material on the Sumerian connection.

I think the ginger lobby are trying to corner the market in everything these days. I don't blame them for trying but it can become rather simplistic.

For example I have A negative blood which must have come from my mother as my father has O negative blood. Unless the milkman left a red top one day. Although both my mother and father were/are very dark and swarthy. Father from Yorkshire mother's bloodgroup probably from Scotland, west coast.

I found out my blood group when I gave a pint at an army depot in Scotland. My mate who was with me was B negative. He was also very swarthy.

On the other hand a former girlfriend whose father was from Lewis was blonde and blue eyed, she was A negative.

And of course the Basques are famous for having a high incidence of negative blood.

I get the feeling with these ginger and 'mystical' negative sites that there are many Americans in search of a shamrock in the family and have been watching too many Walt Disney Glockamora Brigadoon movies. Even O'bama found his little patch of Irish turf. Perhaps he should be held as a model for all good Irish people.

But what was going on around Chad and Cameroon?
And in Central Russia as well?
Lost tribes? Haplogroup R1a seems to paint a fairly clear picture of, err, something else.

And it seems to be correlated with the R1b lot

But there's still that blob in Russia that nobody seems to talk about.